We are excited to announce two exclusive TJ Club events that will be taking place before the end of this term!

1) Sudan: Lokuju Silfo is currently a student at Huron College here at Western. He will be sharing about his experience as a refugee from South Sudan. We will watch a short documentary together before we launch into an informal question and answer period with Lokuju. A unique opportunity to engage in valuable student-to-student dialogue and to gain insight into a first hand post-conflict experience of particular relevance given Sudan's recent North/South divide.

Where? TBA (Keep an eye out for an email from us about this! We're waiting on a room confirmation from USC.)

2) Canada: Representatives from Atlohsa, a London-based First Nations organization that seeks to provide support, understanding, education, intervention and prevention to victims of family violence, will be coming to talk to the TJ Club about the Canadian Truth and Reconciliation Commission! We will listen to an interactive presentation by the very knowledgeable Atlohsa reps, and launch into a discussion of questions such as:

What is the TRC?
What are the states goals of the TRC and has the TRC met/is it on its way to meeting those goals?
How does the TRC balance truth and reconciliation?
How does the commission receive stories and is there ample opportunity for community members to have their stories heard?
What can be done to improve upon the TRC process? Do you recommend some other system other than the TRC that might be more effective in this type of role?

Where? TBA (Again, keep an eye out for an email re: room location!)

Spread the word/bring friends!
THERE WILL BE SNACKS! :)
Posted by TJ Club at 16:09 No comments:


The lawyers representing the UK government accepted that the three plaintiffs were tortured by the colonial authorities. While imprisoned, they suffered what their lawyers described as "unspeakable acts of brutality," including castration, beatings, and severe sexual assaults.

“Any settlement with the victims in this case should focus on the recognition of the individual and collective suffering inflicted upon Mau Mau veterans, including those who have passed away,” said Ruben Carranza, director of ICTJ’s Reparative Justice Program.

In addition to redressing the suffering endured by Mau Mau veterans, the decision will help address the marginalization and ostracism that they endured. “The UK High Court’s decision is a real opportunity to set an example for other states on how to deal with legacies of massive human rights abuses arising from colonial and occupation-related conflict,” said Carranza.

In a 2010 ICTJ report, “To Live as Other Kenyans Do,” the interviewed veterans of the Mau Mau insurgency felt that their story had “never been told,” and sought to ensure that their experiences were recorded before it was too late for the old people involved.

They pointed out that “not only has the Mau Mau story not been told, but the organization remained formally illegal until 2003. While veterans also seek support to counter the poverty experienced by many Kenyan victims of other periods, seeing their story told in Kenya’s schools is a priority, as is seeing the heroes of that resistance celebrated. The first ’Heroes’ Day’ in 2010 was a start, but it remains insufficient for those who fought.”

Source: http://ictj.org/news/decision-mau-mau-case-strengthens-right-reparations-all-victims-torture
Posted by TJ Club at 20:21 No comments:

New York, NY- Accountability for violations against children in armed conflict is best achieved through a comprehensive approach to justice that addresses the responsibility of perpetrators and the rights of victims within a broader process of social change. This is the key message to be delivered by the International Center for Transitional Justice (ICTJ) on September 19, 2012, during the UN Security Council’s Open Debate on Children and Armed Conflict.
“Prosecutions are essential for accountability, as they send a clear message that certain violations will not be tolerated by the society or the international community. However, ICTJ’s work over the past decade in over 40 countries has shown that in isolation, prosecutions are not enough,” said David Tolbert, president of ICTJ.

In his address to the Security Council, Tolbert will recommend that the full range of transitional justice measures are prioritized in the set of responses available to the Security Council’s Working Group on Children and Armed Conflict. ICTJ maintains that transitional justice measures can contribute to efforts to reveal the underlying causes of violations against children, remedy the consequences and prevent their recurrence.

“We need to understand what drives state and non-state actors to criminal acts such as forcible recruitment of child soldiers in order to fully address them. Truth-seeking can help to do that,” says Tolbert. “Military, security and other state institutions that engage in such practices must be thoroughly reformed if we are to avoid their recurrence. And the harm done to children must be dealt with through carefully devised reparations programs to allay long-term consequences of the suffering inflicted upon them.”

ICTJ will call upon the Security Council to build on the progress made over the past decade and utilize its leverage to support national processes working to address the full range of violations against children.

ICTJ is the only non-governmental organization invited to address the UN Security Council’s annual open debate on children in armed conflict this year. The debate will be held on September 19, 2012, at 10:00 am United Nations headquarters in New York. The session may be viewed live on the UN’s streaming channel, at webtv.un.org. The full text of ICTJ’s address will be made available immediately after the address at www.ictj.org.

Forced Disappearances Are Crimes Against Humanity That Can't Be Justified

9/4/2012
By Paul Seils, vice president of the International Center for Transitional Justice

On September 12, 1981, in downtown Tegucigalpa, Manfredo Velasquez was abducted in broad daylight by heavily armed men dressed in civilian clothes driving a white Ford without license plates. He was never seen again.

Manfredo was a student whose “activities” in a national student union were deemed by the Honduran junta to be dangerous for “national security.” The precise fate of Manfredo will never be known, but witnesses testified that he was almost certainly tortured and then killed by the security forces that took him. Seven years later, in a historic first judgment, the Inter-American Court of Human Rights found the government of Honduras responsible for Velasquez’ disappearance. However, forced disappearance continues as a state-sanctioned practice in many countries even today.

And it is not only the dictatorships of Latin America that were in thrall to the “benefits” of such approaches. The response of Assad’s regime to calls for reform and democracy in Syria included multiple incidents of forced disappearance. Systematic long-term detention practiced under Mubarak in Egypt, Ben Ali in Tunisia and Gaddafi in Libya are also examples. Behind by the grandiose, Orwellian disguise of “extraordinary rendition,” the United States and many of its allies have been engaged in executing or colluding in a practice that is nothing other than forced disappearance.
The reason, it seems clear, for the practice of “extraordinary renditions” is to allow those disappeared to be subjected to treatment that would be plainly illegal in the US. Morally it is indefensible. Strategically it is nonsensical: what could be more self-defeating in a battle to defend values than to subvert them so completely in the face of attack. While the Obama administration has taken steps to limit the practice, some forms of it continue and there has been no attempt to reckon with past practices.

It is possible for all sorts of people to carry out forced disappearances, but our concern should be first and foremost with state actors. It is hard to imagine a more cowardly or terrifying abuse of state power than to subvert the most fundamental rights of an individual by disappearing them. Make no mistake – disappearance is a terror tactic – a tactic of terrorism. The means of its execution may become more sophisticated, but the fact that a state is behind it should make it more, not less reprehensible.

The aims of disappearance as a tactic are multiple: it rids the state of opponents, real or imagined; it says “you are nothing, your identity is nothing, your existence is nothing”, it inflicts massive cruelty on those disappeared to provide an extra layer of terror to those left behind; it leaves loved ones burdened for life, condemned to a twilight of fear-filled unknowing. It is hard to think of any carefully planned practice that could so perfectly encapsulate the capacity for human beings in power to debase themselves and dehumanize their victims.

From the day Manfredo Velazquez was taken his family tried to find out where he was but the legal system in his country made a mockery of his and his family’s rights. They could find out nothing.
The decision of the Inter American Court on Human Rights in the seminal “Velazquez Rodriguez” case, seven year’s after Manfredo was disappeared is, arguably, one of the most important court decisions on human rights. It established important standards on what State authorities had to do to make sure the practice of forced disappearances were stopped and in what states had to do to remedy any such violations.

At the heart of those remedies was the identification of the right to truth – that a victim or the victim’s relatives had a right to know what had happened and why; a right to justice – that those responsible for the violations and especially the organization systematic practice of forced disappearance should face justice; and that meaningful reparations should be made to the victims. Manfredo’s case, in many ways, is the first court case to set out the legal ideas that marked the birth of what we today know as transitional justice – the ways in which the rights of victims should be addressed in the wake of massive violations.

While the practice of forced disappearance as a state tactic has a long history, it came under the spotlight during the 1980’s when Argentina and then the Inter-American Human Rights system began to hold those responsible to account. August 30 has been recognized as the UN International Day of the Disappeared. One of the most significant developments in human rights protection of recent times was the International Convention for the Protection of all Persons from Enforced Disappearance which entered into force on 23 December 2010.

These are concrete manifestations of important developments, highlighting which, we hope, will help lead to the eradication of the practice.

The primary message of today must be that it has to stop. That such a practice is not acceptable, under any circumstances. But that is not enough. The legacies of disappearances need to be addressed – the families of the disappeared must have access to the facts – where were their loved ones taken, what happened and why; and those responsible must be held to account. Nothing can encourage such inhumanity so much as impunity.

Manfredo Velazquez never appeared after his Honduran captors abducted him, and it may be cold comfort to his loved ones that his case was a seminal moment in the protection of dissident voices –however palatable or reprehensible their views- around the globe. It is harder now than it was in the past for states to abuse the trust of power so grotesquely. Forced disappearance is a crime against humanity. The decisions made by politicians and officials authorizing such practices in different countries cannot be justified legally or morally. They must be held to account and be shown for what they are: enemies of a civilized society. 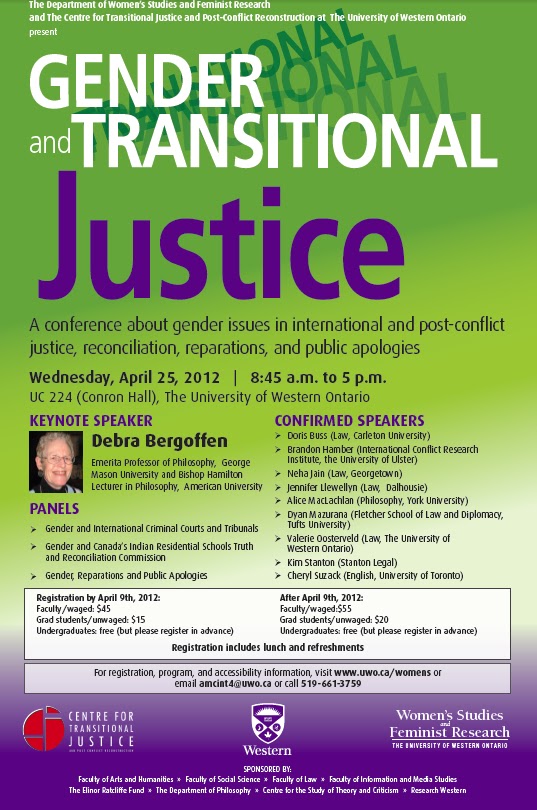 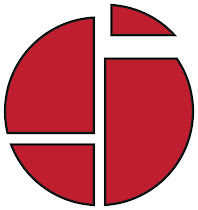